A youngish seeming woman she is over 60 years old as a human but used a powerful transmutation magic to undo the affects of aging on her body. She looks and sounds like a young white haired girl of 16 with the eyes and attitude of an old grandmother. She originally changed her appearance when she was removed from the Mage Council forcibly by all the Houses working together after the Storm Ward incident.

Became one of the first members of the Mofa House to become part of the Mage Council eventually her magical research and work lead them to become one of the new greater House of the City subsuming a former House of mages and taking of the the rule of their Ward in Verigrad.

Reportedly had a family with a commoner but they died in the Storm Ward incident and were beyond a basic Clerics ability to return from the dead. 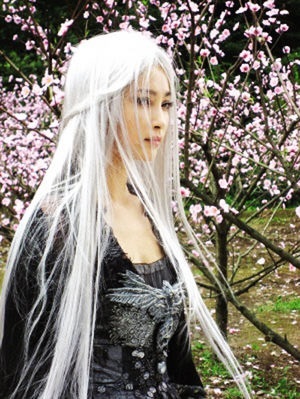